THE HISTORY
BEHIND AVON

In 1959, operations began in the UK and today AVON is one of the top 3 beauty brands in the country with a growing share in the UK beauty market.

JOIN US AND WRITE A NEW CHAPTER IN A GREAT TRADITION

AVON are continually introducing new and innovative products, advertising these products on national TV with worldwide known celebrities and now with the Online Avon Store – there has never been a better time to join this modern AVON!

THE ROOTS OF AVON

Can be traced back to 1886, when struggling
door-to-door salesman David McConnell made
the decision to sell perfumes, rather than books
to New York homes.

Known in those days as The California Perfume Company, the
business quickly prospered and Mr McConnell appointed his first
General Agent, Mrs Albee. At a time before women even had the
right to vote, Mrs Albee was instrumental in establishing the unique
sales method that continues to be AVON’s hallmark today.

David McConnell had aspirations to expand his company overseas
and recognised the need to change the company name. Having been
enchanted by the beauty of Stratford upon AVON during a visit to
England, David McConnell was inspired, and in 1939 he chose the
name ‘AVON’ for his growing international company. 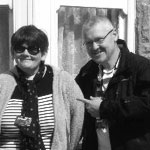 “Avon now earns us money on a flexible, part-time basis which enables us to live comfortably as opposed to watching every penny.

It can be hard work building up a customer base, however the products sell themselves and we’ve got to know some lovely people who value the service we provide.”

There has never been a better time to join Avon